Experience and Stages of Awakening in Early Buddhism with Bhikkhunī Dhammadinnā 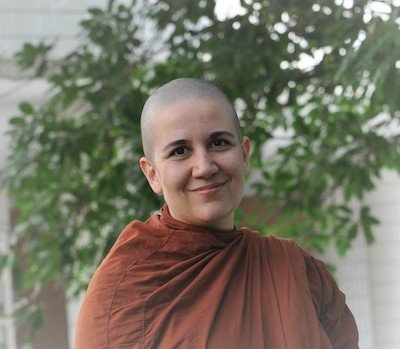 Please register to receive Zoom link and other information about this course.

In this mini-series in three sessions Bhikkhunī Dhammadinnā looks at the map of the four stages of awakening (stream-entry, once-return, non-return and arahantship) recognized in early Buddhism. They are explored through the prism of early Buddhist meditation theory and practice and contextualised in light of the experiential, existential and transformative dimensions of the early Buddhist path to freedom. Different conceptualisations of the path and fruits of awakening arisen in later Buddhist tradition will also be explored in light of the interplay between theory and practice.

Bhikkhunī Dhammadinnā is a scholar-monastic and practitioner, born in Italy in 1980. She is the director of the Āgama Research Group and her main research interests are the early Buddhist discourses and Vinaya texts, as well as the development of the theories, practices and ideologies of Buddhist meditative traditions (for her publications, see here). Bhikkhunī Dhammadinnā has been practicing meditation since 1996 and has been studying and collaborating with Bhikkhu Anālayo since 2007.